Koteff is an award-winning journalist and a communications expert specializing in the food service industry. She is a sought-after speaker, participating as a moderator and panelist at numerous industry events, conferences and broadcast outlets.

As editor-in-chief of Nation’s Restaurant News, Koteff directed the editorial operations for more than a decade, including daily electronic media and weekly print publication. During her tenure, the publication won four Jesse H. Neal National Business Journalism Awards. Koteff also is the recipient of the McAllister Editorial Fellowship, an award administered through the American Business Media’s Educational Foundation. As part of the fellowship, she worked with journalism students in the magazine program at Northwestern University’s Medill School of Journalism in Evanston, IL. She was chosen as the fellowship winner from a group of 22 other editors who also had won Neal Awards.

In 2007 Koteff was named a Top Innovator in Business Publishing by Media Business magazine. The publication was named to the annual “Power 50” list of most influential business-to-business publications for 10 consecutive years. Koteff has been editor-in-chief of FoodchannelPRO, a foodservice video-centric website; metro editor for the Parsippany Daily Record in Parsippany N.J.; and editor of the Palm Beach Daily News. She has contributed to Vanity Fair magazine, Palm Beach Life, The New York Times, Chicago Tribune, Women’s Wear Daily and Time magazine. 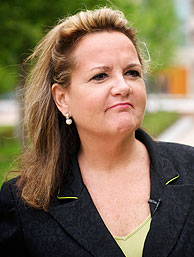