Based in Tampa, Fla., Hernandez built a name for himself using social media in the food industry as the first Yelp Elite member of Tampa Bay in 2006. His food blog, Carlos Eats, has received acclaim from 83 Degrees Media and is featured on TBO.com and Urbanspoon as one of the top local food blogs in Tampa Bay.

Hernandez has covered and been involved with a number of local food events such as Dine Tampa Bay, Taste the Best of Tampa Bay, MOSI Chocolate Festival, Taste of Pinellas, Burger Showdown, Lowry Park’s Zoofari, and the Florida Aquarium’s Sea Grapes and Fine Wine Food Festival. Hernandez has been published in Tampa Bay’s Creative Loafing and has contributed to local websites such as AOL Patch and 813area.com. He was a guest of the Hansik Korean Food Foundation in South Korea for the 1st Food Tour for Foreign Foodies in 2011.

Hernandez offers businesses social media marketing based on the model through which he grew his own food blog, Carlos Eats. It now spans more than 3,000 Twitter followers, 500+ Facebook fans and hundreds of other followers on other social networks. 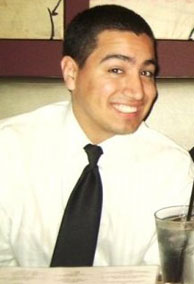