Hailed as “a Bay Area legend” by the Tampa Bay Business Journal, Dilley has more than 30 years of experience in the visioning and implementation of strategic branding, marketing and sales strategies. His work has contributed to the success of some of Florida’s and the nation’s most recognizable brands.

Dilley began a career in marketing at the former Louis Benito Advertising (Fahlgren Benito), where he ascended from copywriter to VP/Associate Creative Director working on behalf of clients such as MacDonald’s, Cadillac and Publix Supermarkets.

Dilley also worked for Earle Palmer Brown as senior writer. Accounts included the St. Petersburg-Clearwater Convention & Visitors Bureau, and Florida Lottery campaigns that were ranked the “most memorable advertising in the state.”

In late 1994, he founded cameron dilley/creative, a strategic consulting and creative resource for a variety of ad agencies and clients. 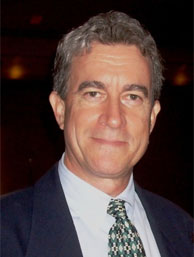