For Williams, it’s all about the food. His vast career has included providing senior marketing communications counsel for a diverse base of clients, including commodity boards, food/beverage, foodservice, as well as the lifestyle/hospitality sectors and professional service organizations.

Williams led the launch of the first promotion initiatives on behalf of the Georgia Pecan Commission, a client for nearly 15 years. He also has worked with other commodity boards such as the National Watermelon Promotion Board, the Georgia Peach Commission, the Vidalia Onion Committee and the Georgia Blueberry Commission.

Earlier, Williams worked with public relations firms in New York City and Nashville, where he managed programs for clients such as the Peanut Advisory Board, the Beef Industry Council, Frito-Lay, Twinings Teas of London and the New York State Department of Agriculture and Markets.

In Nashville, Williams represented a variety of hospitality and economic organizations and news media outlets. In addition he worked with Kroger, BI-LO and numerous restaurants including Morton’s The Steakhouse. 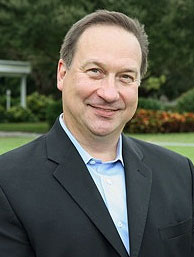